Your cart is currently empty

Last week Fujifilm released yet another firmware update for the FujiFilm X-T3. Version 4.00 is the 11th update the X-T3 has had as they continue to improve and add new features to the camera even two years on.

The headline feature for this update is that it massively improves autofocus performance. Fuji is claiming that this update will reduce the AF speed from 0.06 seconds to 0.02, matching the performance of the X-T4. This isn’t something Fujifilm had to do with the X-T3, especially as it is a now two years old and replaced by the X-T4.

Most camera manufacturers would be touting improved autofocus performance as a reason to upgrade. But not Fujifilm. One of the things that drew me to them when I chose the X-T3 was their ‘Kaizen’ principle. Kaizen is a Japanese business philosophy that translates to “Change for the Better”. In Fujifilm land this equates to regular firmware updates to improve their cameras over time. But matching the autofocus performance of the X-T3’s successor is at the extreme end of what could be expected. So, Kudos to Fujifilm for making this happen.

In addition to matching the autofocus speed of the X-T4, they have also made other improvements with this update. Here is an overview of the main changes:

I’ve had this firmware on my camera for a few days and the difference in autofocus performance is massive. It is lighting fast on my 16-55 f2.8 and the eye-auto focus is even better than before. But don’t take my word for it. One of my favourite YouTubers Omar Gonzalez has created a video showing the differences before and after the update. In his video he tests not only the speed, but also the low light performance and is blown away by the difference.

How to Update Your FujiFilm X-T3 Firmware

If you haven’t updated your firmware yet and want to, there are two methods to do this:

Use the Fuji Cam Remote App

If you are using a Fujifilm camera you likely already know about this app, but if you don’t it is 100% worth getting. The Cam Remote App gives you things such as GPS and a remote shutter release, but also provides the simplest way to update your firmware.

Once you are in the app and have your camera paired, click the three lines in the top right corner. From here you will see an option for Firmware Update. If you click this and there is an update available, the phone will download and transfer it to the camera. Once the firmware has finished transferring your camera will ask you if you want to install the firmware. Click ok, and your camera will show the following screen. It is important to ensure you have enough charge in your battery and to not turn the camera off.

Use an SD Card

One of the more traditional ways to update your camera is to load the firmware using an SD card. To do this, download the latest firmware from the Fujifilm website. Once downloaded, format an SD card and drag the firmware onto it so it is the only item. Put this SD card into Slot 1 of the camera and power on while holding the DISP/Back button. Follow the instructions on screen to install the firmware. Again, as with the method above, ensure you have a fully charged battery and do not power the camera off during the update.

For further details on the V4.00 firmware update, you can head over to Fujifilm’s website here: https://fujifilm-x.com/en-gb/support/download/firmware/cameras/x-t3/

The blog is something I write in my spare time as a way of sharing my photography and what I am learning with the world. Unfortunately, running this blog isn’t free but something I pay for. So, if you have enjoyed this content and have found it useful there are a number of ways that you can help support the blog. With your support I can keep producing content like this.

Amazon Affiliates – I am part of the Amazon Affiliates program which means if you follow my affiliate links and make purchases on Amazon, I made a small commission at no cost to you. If you need to purchase anything from Amazon, please use my links to Amazon UK and Amazon USA.

Buy a Print – I’ve made a small selection of my images available as prints which can be purchased here. Each print is produced on Fine Art photo paper and comes signed and numbered.

Make a Donation – If none of the above appeal to you, then you can make a small donation via PayPal here. 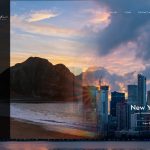 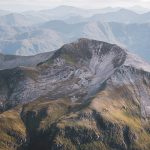